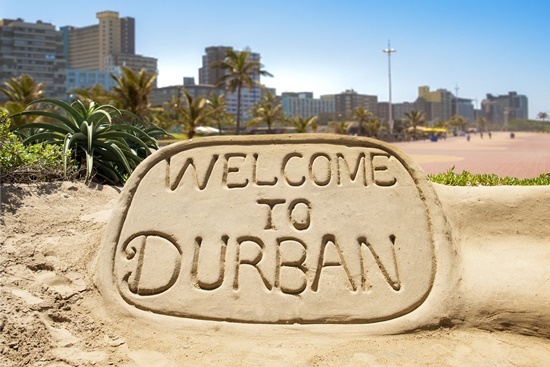 Durban (eThekweni in Zulu) is South Africa's third largest city and one of its leading vacation destinations, with many top attractions.

It's also a haven for surfers. Long beaches lapped by the warm Indian Ocean, a mild subtropical climate, and excellent infrastructure lure tourists by the millions.

Located in the province of KwaZulu-Natal (KZN), this vibrant city can be reached by air within an hour from Johannesburg and two hours from Cape Town.

An important industrial center and port, the city owes its cosmopolitan air to its rich ethnic diversity forged from a turbulent history.

Clashes between the British traders, who settled here in 1823; the Zulus, on whose tribal land Durban lies; and the Boers, played a part in shaping Durban's character.

Contract laborers who hailed from India in 1860 to work on the sugar plantations remained after their contracts expired, making Durban the largest population of Indians in South Africa.